Adventurer, writer and TV host Bear Grylls today announced his very first live arena spectacular.  Partnering with AEG Live and Harvey Goldsmith the tour kicks off in London on 7 October 2016, he will bring the spectacle to 12 venues across the UK and Ireland including The SSE Arena Belfast and 3Arena with his ground breaking interactive experience.  Audiences will join the adventurer as he transports them to multiple environments in this edge-of-your-seat, action-packed two hour show. 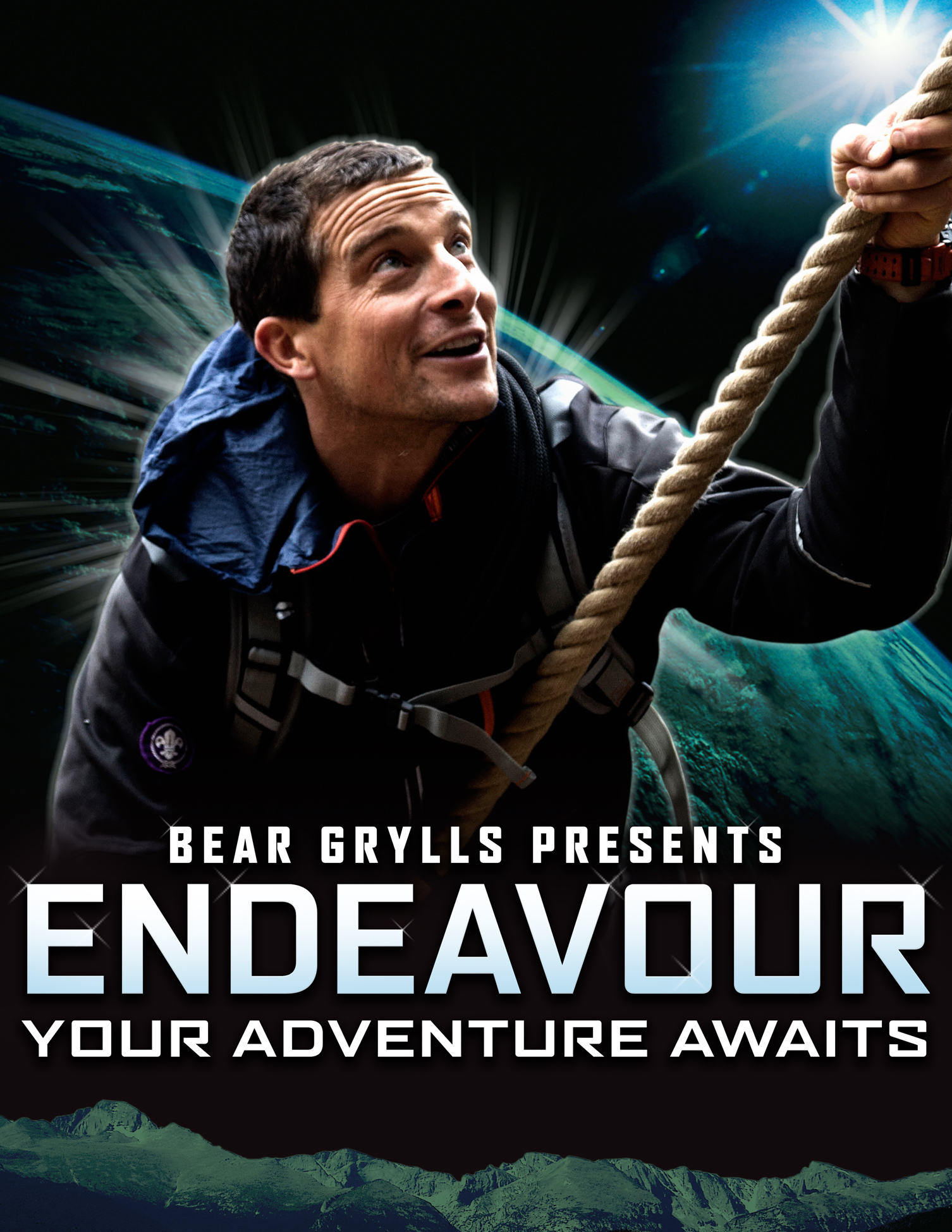 A mind-blowing live action and adventure show designed and hosted by Bear Grylls alongside a cast of expert aerial artists and stunt crew, Endeavour: Your Adventure Awaits will take the audience on a hair-raising, immersive, theatrical expedition across the globe using state of the art video mapping technology and stunning special effects.  Celebrating some of the greatest feats of courage, endurance and endeavour through the ages, fans will witness the heroism and adventure that have shaped our world.

Bear will guide the audience on a journey, uncovering true life stories of survival from frozen Antarctica and the cruel winds of Everest, to the humid jungle and shark-infested waters.  The audience will be swept into the heart of the action, with worlds that appear and fade away before them, they will see the tiny detail of rock crumbling beneath Bear’s feet as he climbs and witness him seemingly swimming with sharks before their very eyes.

Through dizzying aerial stunts and intimate storytelling, Bear will reveal the wonder of our planet and the important value of mankind’s indomitable human spirit.  A truly breathtaking experience.

Bear Grylls said: “I am so excited to see this show truly come to life, and to be able to take people on this incredibly inspiring journey of courage, heroism and survival against all the odds.

With Endeavour we harness so much ground-breaking new technology to take the audience on a very intimate, immersive & at times terrifying journey through some of the greatest and most unknown feats of exploration.

It is a truly uplifting experience this show, and I am so proud of it - and it reminds us all that at the heart of so many of mankind's greatest achievements and hair raising adventures is this one word: Endeavour.”

Endeavour is produced in association with Bear Grylls Ventures and by arrangement with Peters Fraser + Dunlop.

Bear Grylls has become known around the world as one of the most recognised faces of survival and outdoor adventure. His journey to this acclaim started in the UK, where his late father taught him to climb and sail.

Trained from a young age in martial arts, Bear went on to spend three years as a soldier in the British Special Forces, serving with 21 SAS. It was here that he perfected many of the skills that his fans all over the world enjoy watching him pit against mother-nature.

His TV Emmy nominated show Man Vs Wild / Born Survivor became one of the most watched programmes on the planet with an estimated audience of 1.2 billion. He then progressed to US Network TV, hosting the hit adventure show ‘Running Wild’ on NBC, where he takes some of the world’s best known movie stars on incredible adventures, most recently President Barack Obama. Bear also devised and hosts BAFTA award winning ‘The Island with Bear Grylls’ on Channel 4, which has sold all around the world.

Bear is currently the youngest ever Chief Scout to the UK Scout Association and is an honorary Colonel to the Royal Marines Commandos.

Are you going to see Bear Grylls in action? Comment below or click 'Thanks' to let us know!

For your chance to get Presale tickets on the 27th April, check out 3Plus here.