Chris Brown is coming to 3Arena!

Chris Brown is coming to 3Arena!

Chris Brown recently made his sixth number 1 album entry on the Billboard R&B/Hip-Hop chart with his latest release ROYALTY (RCA Records), according to Nielsen SoundScan.  Not only did ROYALTY hit number 1 on the R&B charts, but number 2 on both the Top Album Sales and Digital Albums charts, and number 3 on the Billboard 200 chart. This album is Chris’ biggest first week sales debut since F.A.M.E which released in 2011. This also marks the seventh time Chris has debuted in the Top Ten of the Billboard 200 Charts. 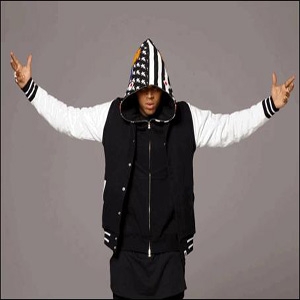 Adding the coveted Grammy Award to his collection for F.A.M.E., Brown is the recipient of over 40 awards, including Billboard Music Awards for Artist of the Year (2006) and Top R&B Artist (2012), four BET Awards for Best Male R&B Artist and MTV Video Music Awards for Best Male Video and Best Choreography for “Turn Up the Music” (2012). In 2014, Brown released his sixth studio album X, which featured the platinum-plus selling single “Loyal” featuring Lil Wayne and Tyga, and eventually earned Brown three Grammy nominations.

In 2015, the success of many of his hits, including “Zero,” “Liquor,” and “Ayo,” led Brown to be named the number 5 Rhythmic Artist of The Year and the number 6 Urban Artist Of The Year, according to Mediabase’s year-end chart information.

For your chance to get Presale tickets check out this link - http://plus.three.ie/gig/details/446