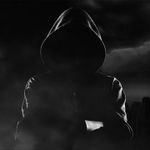 Hi, so I was testing out my 5G yesterday and the signal was even showing up here , My 4G was already great now this morning I woke up and the signal has dropped , (from the usual -90 RSRP) all the way to -115 RSRP  and the sector ID's of the cell's have changed(so either the sector in my direction is no longer working or there was some changes made that made things worse) . So  as I was about to ask my neighbour and my brother if they had the same. He text me himself asking me if my internet was down. So its not just affecting me.  Is there any chance of this being resolved soon? Signal is terrible compared to what it was, service was great before this, I depend on the upload for work. And my brother can't even do his online college work because its too slow now. It was great leading up to this.

Thanks, appreciate it, whatever engineers changed on the 13/10/2020, caused this, or something failed/broke on this day?I know thats the day the issues began with signal and speed, , it looks like they either lowered the broadcasting power the mast / experimented with a lower setting , or adjusted the direction of the mast antenna or something? I can't know because I've got no details but something changed on that day, not sure why they would make it worse and then keep it but i dont know why else this would happen, signal readings went from -94 RSRP to -120 RSRP on band 3 (which is a massive drop in signal) and I could no longer even use it. Why can't they revert the changes that was made on the 13th/14th of this month? Or is it permanently going to stay worse like this.

The 17/08/2020 is when they upgraded it, it gave everyone a huge boost in signal and speeds , was really great for months up until the 13th of this month. They should just have the exact same configuration that was done on the 17th. If the engineers knew this i'm sure it would at least make things easier and put it into perspective, I'd imagine you's keep a log of what works were done and how it was configured. Easiest way I can put it is, the configuration/setup that was done on the 17/08/2020 when upgrading the site with all the new equipment and stuff was the best it ever was. No idea what made them decide to fix what wasn't broken last week, but it's a crying shame to have such great internet finally , after years of trying to find a solution , the big upgrade brought us all that , but then to have it taken away again is even worse . I live in a really rural area so everyone here depended on three, for their college work/working from etc. We have no other options that were that good and that is why i'm complaining as much as I am 😢

5G was also just recently launched, I had bought a brand new 5G capable phone to test it out, I was getting signal for this too, prior to those changes/faults.

Everyone I've spoken to around here is complaining about their internet being back to the way it used to be, slow and really poor signal. Really hope there is something that can be done about it.

[Why does my post keep getting deleted?] Im just trying to give specifics here...

@HyperViz0r98 Leave this with me, I'll link in with the relevant team and get an update on the site. I'll be back to you as soon as I have an update 👌

Would be amazing if you get something done about it, thanks again : )

@HyperViz0r98 Hi there, I'm just popping in to let you know I haven't forgotten about you, I'm linking in with the relevant team on this and I'll let you know when I have news 👌

Thanks, It's still the same sadly, I'd love to get actual details on whether it will return to the great service we had /why they changed it.  If they just knew like, put it back to the way it was when they installed the upgrades on the 17th of August. That configuration/upgrade was the best and its the easiest way of saying what worked up until the changes that were made on 13th October.

@HyperViz0r98 Thanks for the update, I'll pass it along 👍

@HyperViz0r98 Hi there, just popping in to say I'm working on this with our tech team and as soon as I have anything solid I'll be back to you 👌

Thanks, would be great if you could somehow pass what i'm trying to say along, how the config they had when upgrading the site (17/08/2020) was the best, and it stayed that way until early October (13th/14th) when the issue began.

Everything is still the same so nothing will change unless its put back to the way it was, its a shame because I bought a brand new 5G capable phone day before it went down 😣

@HyperViz0r98 I've just been speaking to our tech team and they've just made some changes on the mast in the last few minutes, can you test it out for me for a bit and let me know tomorrow how you get on?