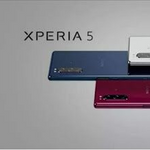 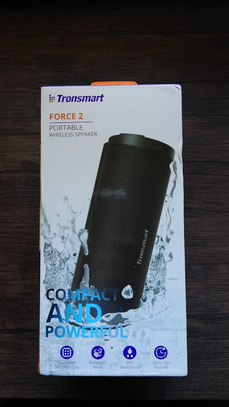 Having reviewed earphones from Tronsmart before I was looking forward to trying out their speakers. The Tronsmart Force 2 Portable wireless speaker comes in a stylish box like the rest of their products. On the rear of the box the main features are listed.

Included in the box is the speaker, a Type-C charging cable, Aux-in cable, User manual and a Warranty card 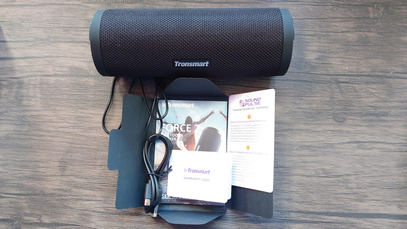 When you take the speaker out of the box the speaker is covered by a fabric mesh, it has a nice matte rubber finish around its edges which make it easy to grip. It doesnt feel like it weighs 627grms due to its avocado type shape, but this makes it very stable on surfaces. On the side view you can see the passive radiators that create the bass. 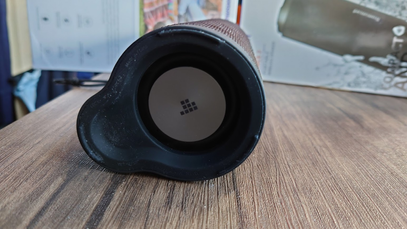 On the rear the buttons are usable no matter which direction it’s placed down. You have controls for Power, volume +/-, (long press gives you track +/-), Bluetooth button (for Play/Pause) and also the lanyard. 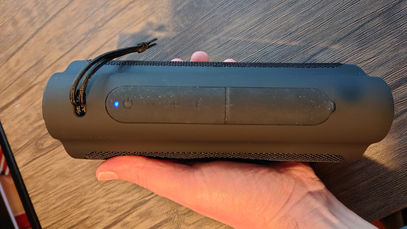 Also on the rear is a flap under which is the USB-C connection and also the aux-in port. 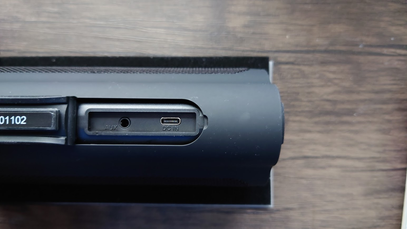 Its dimensions are 163 x 72 x 64 mm. It feels very durable and rugged, having an IPX7 waterproofing means its waterproof in 1 meter deep of water for a duration of 30 minutes, but i would assume that means only in bluetooth mode as if your using the aux-in and/or the USB-C port you have the waterproof flap opened.

It was very easy to pair with existing devices, and if you have an android device the Tronsmart Force 2 battery level is visible from the settings on it.

The Force 2 also supports an Aux-in, which you can take advantage of using the supplied 3.5mm audio jack cable. When you plug in the audio cable the speaker will automatically switch to Aux-in mode.

The battery is rated for over 15 hours of playtime at 50% volume level. And it supports fast USB-C charging that goes from 0 to 100% in just 3 hours. There is an Auto Power Off mode which powers off the speaker automatically after 15 minutes if it’s not paired with any device through Bluetooth or does not play.

A nifty feature is Broadcast mode which allows you to sync sound across 100+ speakers.  Voice assistant is available but only when paired to a compatible smart assistant.  As it has a microphone you can use it to answer calls, the speaker quality was great but the microphone input was bit low so it was a bit hard to be heard when speaking. A Companion app would have been nice and maybe some led effects but its great value for money.

Tronsmart delivers another quality audio product with plenty of features at a good price.

Available to purchase from 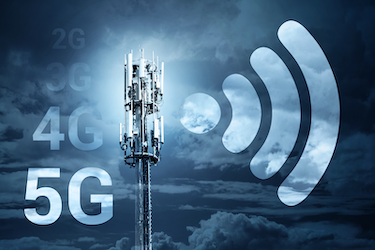