The follow up to his ground-breaking debut arena show, JACK WHITEHALL: AT LARGE will be the biggest tour ever from one of the UK’s hottest comedy stars. 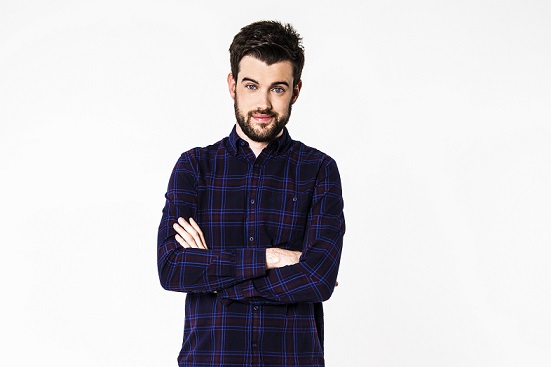 Fresh from hosting the Royal Variety Performance and starring in Bad Education and A League Of Their Own, this is your chance to catch Jack at his dynamic best, live on stage!

Brand new show At Large will again see Jack perform in some of the largest venues in the UK & Ireland, bringing his unique brand of high-intensity silliness to thousands of fans.

Expect comedy pyrotechnics from one of UK stand-up’s biggest stars.

Jack has firmly established himself as one of the country’s most exciting and successful comedy talents, a status cemented by his People’s Choice Award for the King of Comedy at the 2012, 2013 & 2014 British Comedy Awards. He cut his teeth at the Edinburgh Fringe, taking up four sell out shows over three consecutive years and earning an Edinburgh Comedy Award nomination in the process with his debut show. Jack has since gone on to host Live At The Apollo and the Royal Variety Performance, as well as perform stand-up at the internationally prestigious Just for Laughs Comedy Festival in Canada.

A talented actor and writer, Jack received critical acclaim and another British Comedy Award nomination for his portrayal of former public schoolboy JP in the hit C4 comedy drama Fresh Meat. Jack also created and starred in BAFTA-nominated sitcom Bad Education, which concluded in 2014 after three critically-acclaimed series. A film adaptation, The Bad Education Movie, was released in summer 2015.

Jack has also hosted his own chat show with his father Michael Whitehall on BBC 3 entitled Backchat and is a regular panellist on Sky 1 sports quiz A League of Their Own.

For your chance to get Presale tickets on the 18th May, check out this link - http://plus.three.ie/Gig/Details/461