A summary of your bill. 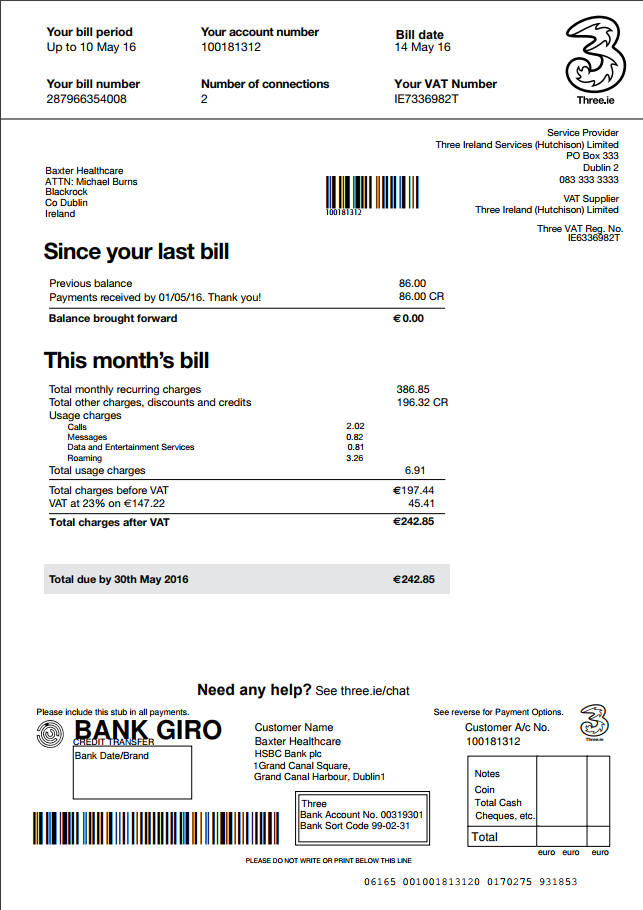 This page contains the following sections:

On this page you will find a detailed explanation of the sections of the bill along with useful information about Ways to pay etc. 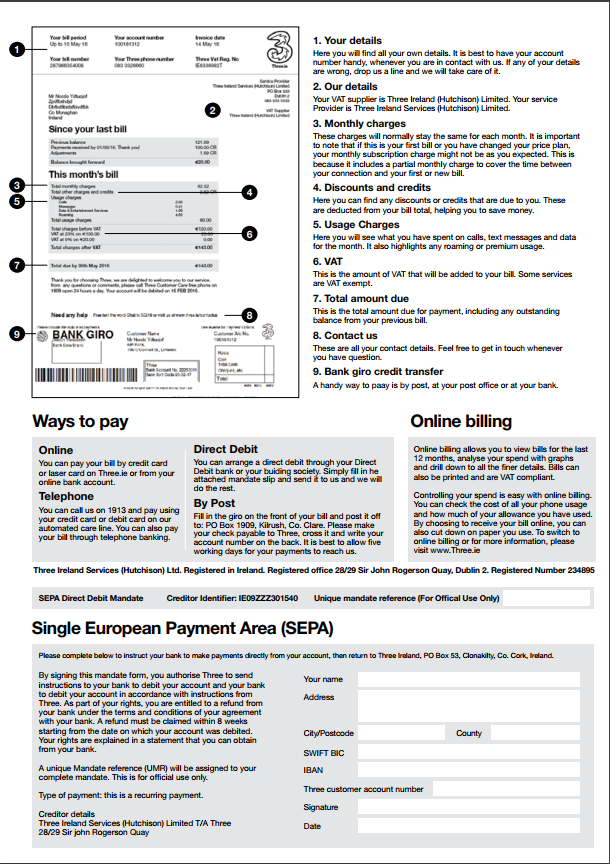 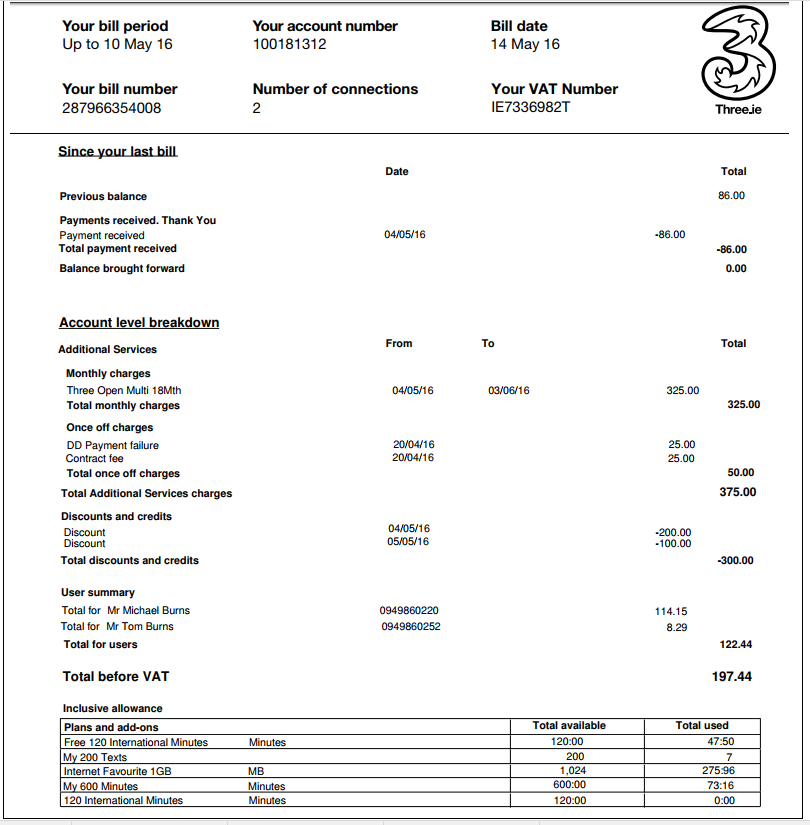 Page 4 will show details of the first account holder. 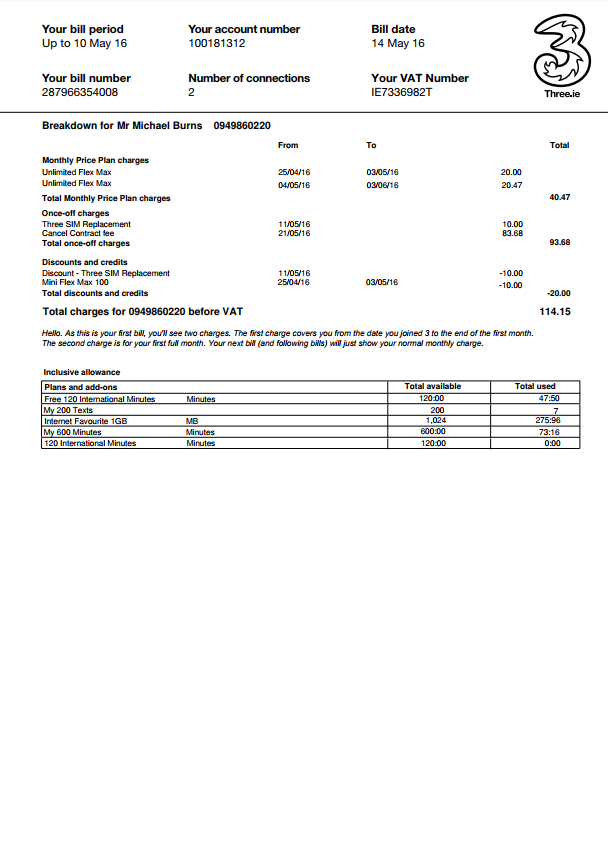 Here you will see details of the second account holder (if applicable): 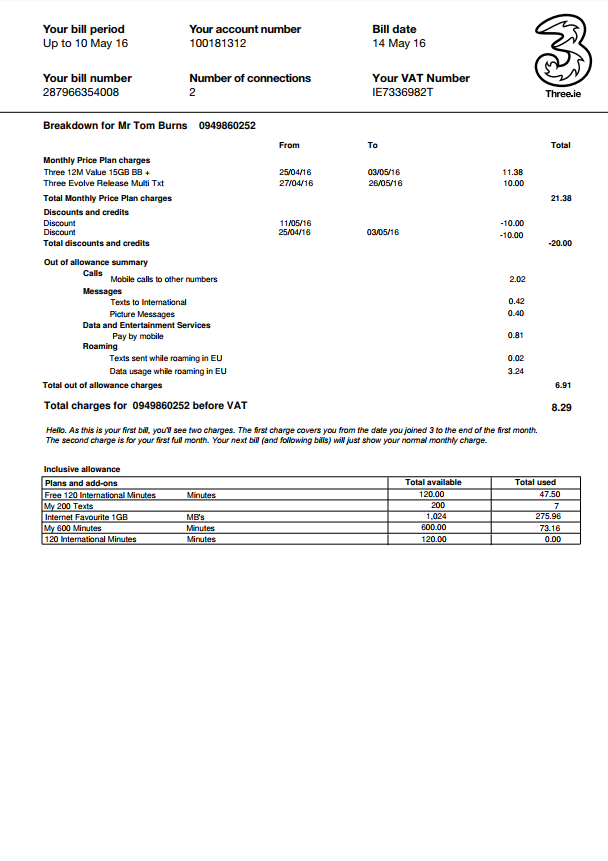 Depending on the number of charges and events that are included in your bill, they may be displayed over multiple pages: 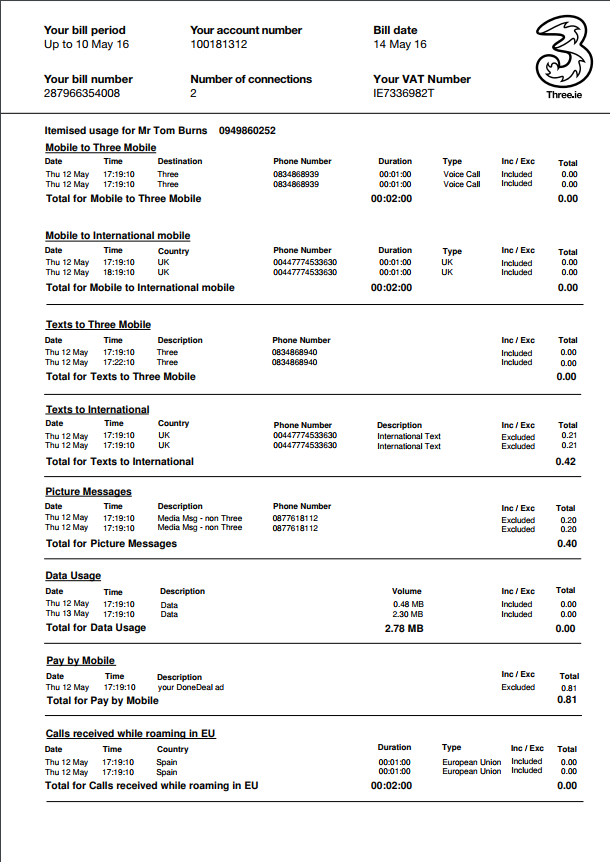 This page shows event details for events such as:

Calls shows charges for the following types of calls:

Messages shows charges for the following types of messages:

If you have been charged for data usage and you don't have a data add on we'd recommend contacting us to purchase one.

If you don't want to use data contact us to remove the data service from your account so you aren't charged again.

These charges have no VAT applied and are now split out separately on the your bill.

Three is merely acting as a collection agent for the supplier and is not making any supply to you in respect of the charges.